10 years ago
PPC Slice and Dice: Using Account and Campaign Settings to Optimize Your PPC Campaigns 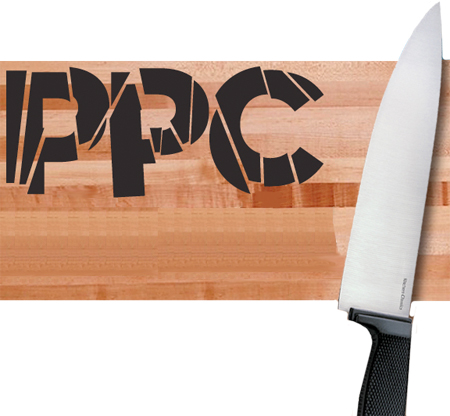 My Calculus II teacher in college was probably the first math teacher I had who actually bothered to make mathematics interesting to me. Unlike every teacher and professor before him, he had a way of presenting formulas and methods in such a way that you instantly understood how they could be used in everyday life. He had a thick, Russian accent and was fond of reassuring us by saying things like, “Hey, relax. We’re not landing the Space Shuttle, here,” even though he could probably show us how if ever called upon.

During one explanation of determining volume for large containers, he broke the concept down for us by describing the function as “taking a slice” of the container and applying what we learned to the rest of the problem.

I don’t use a quarter of the Calculus that man taught me years ago, but I have kept his advice on taking things a slice at a time to figure out how they work. Take paid search, for instance; Google AdWords and the other paid search programs generally default to the managing the larger collections of targeting or networks and so on as one big pile of functionality because it’s easier to manage, however, how we often lose out on better optimized campaigns is by not taking a slice of this functionality and figuring out how it works.

One easy example that you’ve probably heard over the years is separating your search and display networks into separate campaigns for easier management. This usually makes a lot of sense because the search and display networks operate in different ways, so breaking them up and optimizing them separately tends to work out in your favor. However, if you take this concept a little further, you can see where there would be many opportunities to create new mirror campaigns for specific settings to allow for greater control over your campaigns.

One suggestion I often make to my clients is to break out various device types into separate, mirrored campaigns. There have been a myriad of data over the years to show that the usage habits of the mobile and tablet users are very different from those of the desktop user, and this alone could present great opportunities for tests in things like ad creative, keywords, and other features that may react totally different in different device environments. Additionally, should you not have a site that is optimized for mobile users to start with, you could be throwing away a lot of money on clicks that never help your company because the landing page user experience for mobile user is poor.

Another great opportunity is to break up the geographic areas of what would usually be considered a national campaign. I see a lot of ecommerce companies that ship all over the U.S, start this way; however, once we start digging into some the data that is available on the Dimensions tab, many companies discover that different parts of the country have very different buying habits.

Finally, one of my favorite strategies is to segment the various match types into separate campaigns so that each of the campaigns has its own responsibility in the overall strategy of the campaign. Usually, this means having the Exact Match campaigns do most of the heavy lifting for the actual traffic and sales driving, while your Broad and Phrase Match mirror campaigns are discovering new, long tail keywords that would eventually be moved over to the Exact Match campaigns as they obtain new conversions.

How To Take The First Slice

Creating “mirrors” of your campaign can be quite simple; however, we find it’s not something that you want to try to do within the regular AdWords web interface. To make your life easier, download the Google AdWords Editor tool, which allows for greater, more precise control of your campaign updates, plus it makes working with campaigns in spreadsheets a lot easier. Microsoft also provides a similar tool for Bing & Yahoo campaigns.

For instance, if you’re creating a mobile mirror campaign, rename your campaign, “Campaign Name – Mobile,” then upload (or import) the campaign back into the tool, and then change the device settings on both the old and new campaigns to exclude and include mobile devices. That last part is critical. If you don’t exclude mobile from your original campaigns, then you’ll just compete with yourself and you won’t learn a thing about how the new target works on its own.

I know what you’re saying. You’re busy enough managing your campaigns as they are today; when are you going to have time to manage multiple copies of that campaign?. I certainly understand. We’re all busy these days. However, you’ll find that the new data that you’ll collect from these new campaign slices will be worth the extra effort in the long run as you optimize on a whole new level of understanding.

Just remember, while the paid search campaign may be a crucial part of your business’ success, you’re not landing the Space Shuttle, here.

About the Author
Jeff Ferguson is the CEO and Lead Consultant of Fang Digital Marketing (www.fangdigital.com), a strategic consulting agency that specializes in internet marketing, including search engine marketing, display, social, and affiliate programs. With over 17 years of online marketing experience, Jeff has led the online marketing efforts for companies such as Hilton Hotels, Kimberly-Clark, InterActiveCorp, Experian, Napster, and Local.com. Jeff has also served as a consultant for renowned clients such as American Airlines, CBS Local, Farmers Insurance, Hilton Hotels, KinderCare, eHarmony, JustFab, Paychex, CBS Local, and Toyota.

Recently honored as one of PPC Hero’s “Top 25 Most Influential PPC Experts,” Jeff Ferguson is no stranger to the industry speaking circuits throughout the US, Europe, and Asia. Jeff is a regular presenter at Ad:tech, AllFacebook Expo, eMetrics, Search Marketing Expo (SMX), Digital Hollywood, Online Marketing Summit (OMS), Consumer Electronics Show (CES), and Search Engine Strategies (SES), where he also served as a member of the advisory board. Additionally, Jeff has volunteered his time for the Search Engine Marketing Professional Organization (SEMPO) on both the national and regional levels, where he serves as a board member of the Los Angeles chapter. Jeff can be found on Twitter countxero and @fangdigital.